Skiing in Verbier commences this Friday …

With the lifts opening in Verbier on Friday I decided to hike up to Attelas this weekend to have a look at how much snow is in the Lac de Vaux bowl.

We parked at Le Carrefour and hiked up under the new detachable six-man chair lift that has replaced the old La Combe and Mayentzet chairs. All work on the new lift is now concentrated on the base station. The pylons, the lift cable and the top station are all completed. Linking up with the Funispace, Les Attelas and Chaux-Express, this new high-speed lift called La Combe 1 is going to prove a great alternative to Médran as an access to the mountain. See the full Verbier lift map here. Below are some images of the new lift …

From Ruinettes we decided to pick the direct route up to Attelas and climbed under Les Attelas (commonly called the ‘James Blunt lift’) . The steep, sometimes hair-raising pitch, finally gave way to the somewhat flatter boulder-field gulley and it was here, bathed in sunshine, that we were rewarded for our route selection. Circumambulating the rocky outcrop above us, we spotted a majestic Ibex. As I clambered up another steep pitch to try and get a better angle of him, he gracefully obliged, posed for a few more minutes and then disappeared around the corner.

With little to no snow on the sun-drenched slopes heading up to Attelas and no snow in the forecast, I began wondering how skiing was going to be possible at Lac de Vaux this coming weekend. But the sheltered and noth-facing bowl, in contrast, has some decent coverage, no doubt aided by hard-working snow canons. There is about a foot of snow in the bowl down toward the lake. Don’t bring your best skis out this weekend, but there is enough to get a few turns in.

From here, we completed the loop around the Attelas peak and hiked to Col de Mines noting a number of small releases into Valon D’Arbi en-route. Emerging at the col in the late afternoon sun, the fiery colours of autumn beckoned us back down to Verbier. 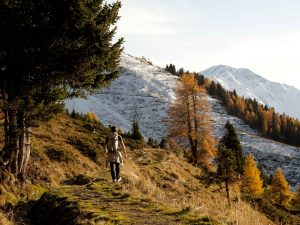 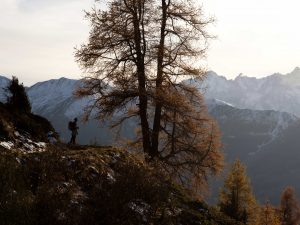 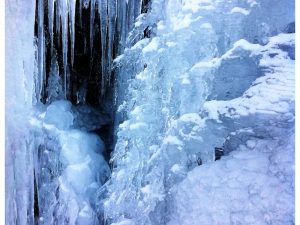 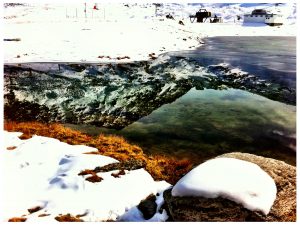 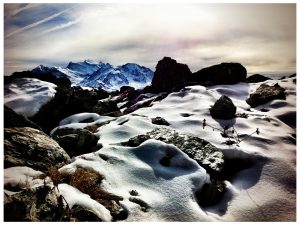 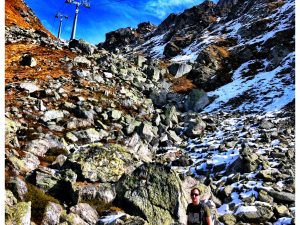