A brief history of the PDG

The Patrouille des Glaciers – held in April once every two years and raced from Zermatt to Verbier – is considered a reputable, world-leading ski mountaineering event. In recent times, a shorter distance race has been introduced racing from Arolla (the half-way point of the main race) to Verbier.

The PDG is raced in patrols of three. The event is run by the Swiss Army and was originally established just before World War II broke out to test the operational preparedness and mental and physical fitness of the Mountain Brigade 10 as they prepared to potentially have to defend the southeastern Swiss Alps border. On the third running of the event, a tragedy that killed three participants led to the Swiss Army abandoning the event. It was revived in 1983, some 35 years later, and has been a fixture (weather permitting) on the international ski mountaineering calendar every two years since. There is still a large contingent of military teams who enter, but in modern times civilian teams have made up more than 50% of the entrants.

The format of the race still remains true to its core. Teams are made up of three participants. The team has to stay together as a patrol and must cross checkpoints within ten metres of each other. Safety in the mountains is imperative and all entrants need to have moderate experience of travelling unaided in the mountains. Each member of the team must also carry a list of mandatory safety equipment. The camaraderie of the event is essential, with a safety-first mandate, both for your own teammates and for any of the other competitors. Above all else, it is a military event and all entrants are subject to the command and instruction of the army.

The Swiss Army do a fantastic job with the massive logistical effort it takes to organise such a big event with thousands of participants travelling through remote and wild mountainscapes. A huge amount of credit has to go to them and the team of mountain guides and safety personnel who have to make the difficult decision and ultimately stop the event if necessary. 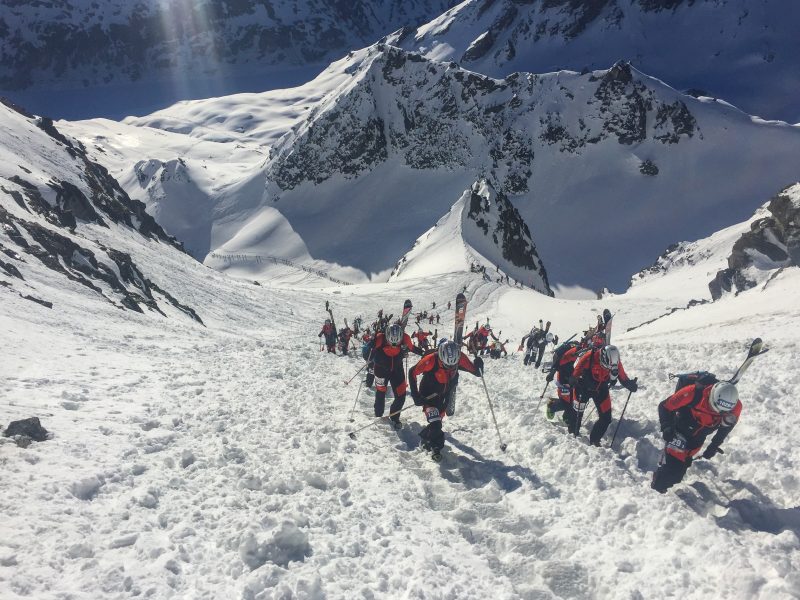 If you are considering taking part in this event, and require luxury ski accommodation, get in touch with Bramble Ski today and speak to our friendly sales team.