Early season snow in the Alps signals the arrival of winter

Last week, we were immersed in the golden and tawny hues of late autumn. This week, we are drenched in white. How quickly things can change! With the arrival of Storm Karl’s wintery north-western front here in the Alps, the temperatures have plummeted, the ground and trees are blanketed in snow, and winter has most certainly arrived.

The crunch of fallen leaves underfoot has been replaced by new tracks in the fresh, crisp wintery snow. The beauty, the silence, and the glow that we woke up to on Monday morning has left us brimming with anticipation for all the winter fun that is on its way. Here we take a look at our favourite pictures of the freshly fallen snow and provide an update for those who are ready to dust off their skis and snowboards and take advantage of winter a little earlier than expected.

An average of 20-40cm of fresh snow has been reported which rises quickly to 50cm at Les Ruinettes. The pine trees above Médran are a heavenly sight, their branches adorned with snow. There is over a foot of snow forecast over this weekend adding to the generous base. The lifts opened in Verbier yesterday and the mountain town was buzzing with excitement at this early start to the season. Mountain Air is open and running and with all the latest equipment available to hire, no-one will miss out. 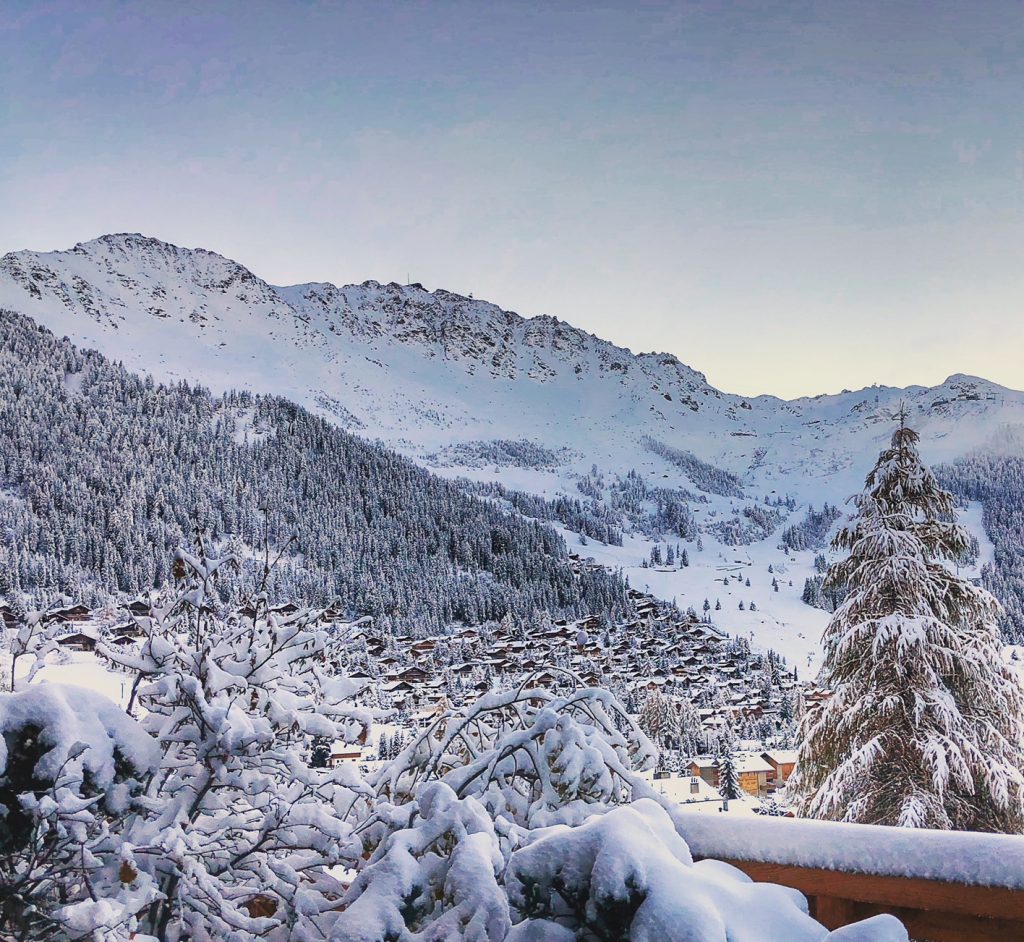 The peaceful silence and awe that snow brings is being felt with the first flakes of the season settling in Zermatt town. Skiing all year round is the norm here and already eleven of Zermatt’s lifts are open. More than 20cm is forecast to fall over this weekend in which case most of the expansive area will be fully open for all to enjoy.

The white rooftops of Zermatt in front of the iconic Matterhorn captured by @zermatt.matterhorn

St. Anton’s extensive 305 kms of marked ski runs for all levels and 200kms of challenging off-piste runs have quickly turned from green to pristine white in the last few days.

Heavy snowfall predicted over the weekend means the countdown is on in St. Anton. Some have been touring up and finding joy on their first runs of the season. Others will be waiting like a child at Christmas for the 1st December when St. Anton will be celebrating the lifts opening, with many fun events including, special ski runs, and live music.

A thrilling start to the season in St. Anton as captured by Matt Dixon @mattjdixon

Some of the season’s first turns are also being taken in Lech. There are estimates of 150cm at the top of Lech’s sweeping 305km ski and around 40cm in the resort. With lifts set to open on the 1st December, Lech’s exciting and varied ski terrain will soon be casting its spell again on many.

Autumn is quickly fading to winter in Méribel. Stunning scenes have graced this part of the French Alps this week as temperatures are dropping with expected lows of -19° over the weekend. At the moment lifts are forecast to open on the 9th December.

A smattering of chalets in the snow-laden forests of Méribel, France

Bramble Ski and Haute Montagne operate the finest collection of luxury apartments and chalets in the Alps. With a portfolio of over 75 properties in Switzerland, France and Austria, we are the go-to solution for the ultimate luxury tailored ski holidays.